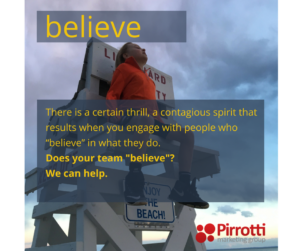 I had two separate client meetings on Tuesday.   Our clients were different from an “industry”  and “size” standpoint, but at their essence, the same.  Throughout the day both of our clients weaved in the concept of “believe” into our discussion.  I don’t typically take notes during meetings, but my pen hit the paper several times and in all CAPs, I wrote BELIEVE. BELIEVE. BELIEVE.  At the same time, I noticed that my ears perked up and a little smile emerged.  I remained engaged in the discussion (this doesn’t always happen)  really wanting to hear more.  There is a certain thrill, a contagious positive spirit that results when you engage with people who “believe” in what they do.

Believe: to have a firm conviction as to the goodness, efficacy, or ability of something (Webster).   Easier said than done – isn’t it? You know, when you’re at the heartbeat of a company, when you are a driving force for its success or failure …when you eat, breathe, sleep your offering… “believing” is a prerequisite.  As many of us have experienced, for a company to prosper just about everyone at the nucleolus of the company must “believe”.  If the core team isn’t complete with “believers” then a company has a problem.    Non-believers need to leave, or the company will at best languish and at worst die.

It is very reasonable to sustain believers at the core of the firm. But, the question is how do you harness and sustain the power of “believe” as you grow in “people”, as you expand in a territory and when times are tough.  It isn’t easy.  It is possible.  I’ve experienced several companies double in size while people and budgets were simultaneously cut.  How?  There was a powerful force from the top that rallied the core team of “believers” to keep their eyes firmly on the prize and increased their productivity to make up for the losses.

But these star teams of believers are few and far between.  More prevalent are the worker bees who don’t believe in the company’s value proposition and how to sell that value proposition into their prospect.  These are the people who think that everyone is price sensitive, “fire sale” pricing is necessary and that without a promotion they can’t sell.

My message to you is if you are a “believer” then share the Kool-Aid with everyone in your firm so that they believe as well.  Train them. Engage them.  Give them the reason and the tools to believe.  Sound the Rally Cry and get everyone sprinting towards the same PRIZE.  You’ll be amazed by what a herculean team of believers can achieve.  I’ve seen it and I’ve experienced it.  It’s absolutely exhilarating. 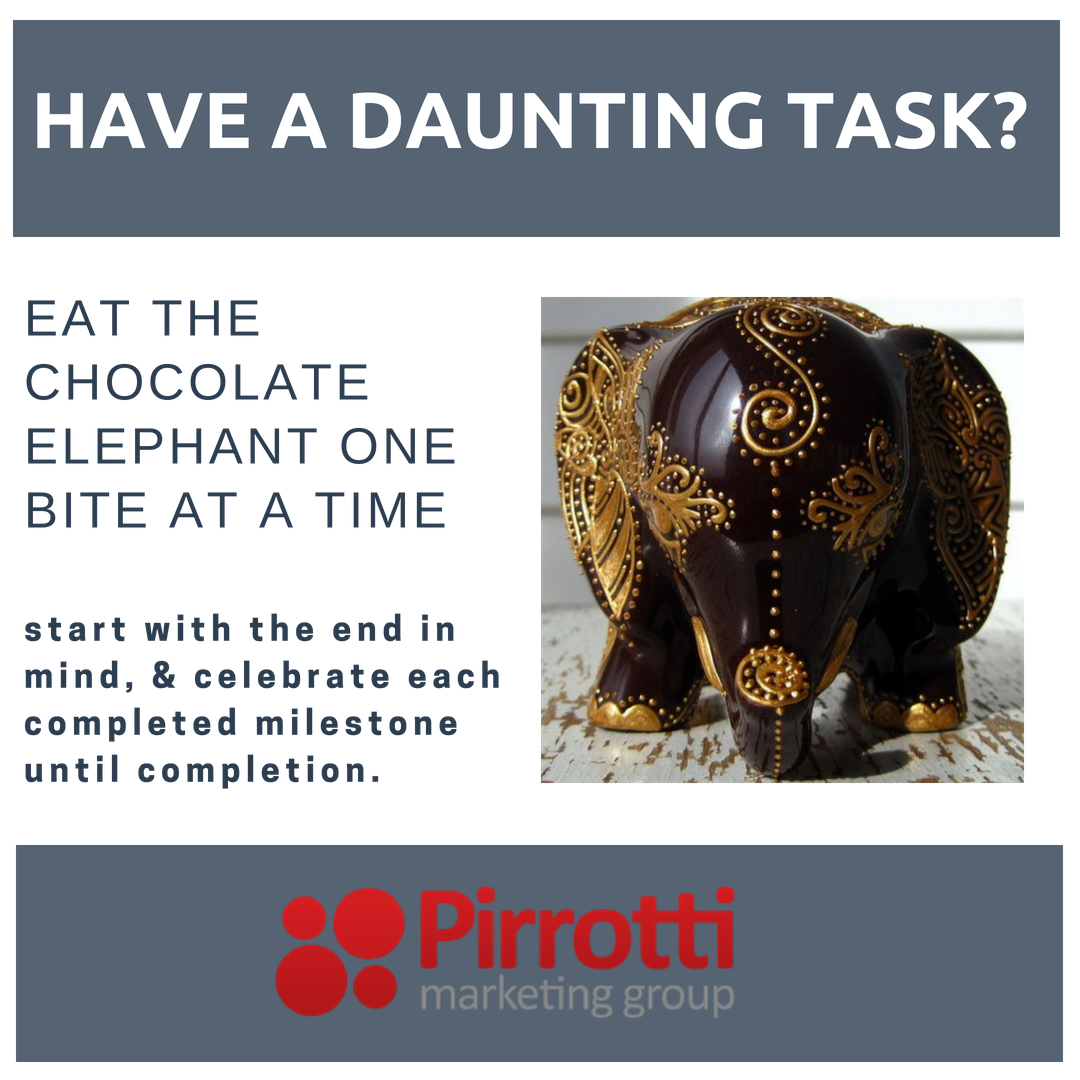